Once again, we welcome back Chance To Shine who are delivering cricket sessions to pupils in Y4 and Y5 this half-term. They are teaching an array of striking and fielding skills in-line with the schools curriculum. These skills include; throwing, catching, striking and teamwork. Each class will have six sessions with Chance To Shine and we hope this will boost the profile of cricket in the school.

On Wednesday 11th March, Forres Primary School competed in the HDSSA Y5/6 Football 'A' Team Tournament, hosted at Cranbourne Primary School. The tournament was organised into two groups of five, with each team playing each other once. The top two from each group would go through to play in the semi-finals, with the other teams playing the equivalent team in the other group.

Our team started slowly with a narrow defeat, but improved every game, playing some good football and scoring some wonderful goals. We finished the group stages with two wins, one draw and one loss, placing third in the group, just missing out on the semi-finals. We then played the the school that finished in third place in the other group in the 5th/6th Place game. This was a very evenly contested match that finished with a draw after extra-time. We ended up losing on penalties, finishing the tournament in 6th place.

Well done to all the pupils that represented our school and to Cranbourne Primary School for hosting the event and to Broxbourne Primary for organising.

On Tuesday 10th March, Forres Primary School entered two teams into the A10 Active Y3/4/ Rapid Fire Cricket Tournament hosted by Haileybury Turnford School. Each team was made up of six pupils, with two at a time attempting to strike three cricket balls each off of a tee. They then ran between the stumps to score runs, bonus runs were added for striking the balls through the gates. The fielding team had to wait until the final ball was struck before collecting all the equipment and placing it back where it belonged.

Due to winning this competition, our Y3/4 Rapid Fire Cricket Team have been invited to the County Finals to represent the area. Well done to all pupils that participated and thank you to A10 Active for organising and Haileybury Turnford for hosting.

The Y3/4 pupils excelled during the competition, winning many of their heats, which produced a 1st place finish for both the boys and the girls. A fantastic achievement.

Well done to all the pupils that took part and thank you to A10 Active for organising the event and to Wodson Park Sports Centre for hosting. 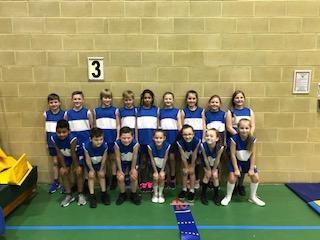 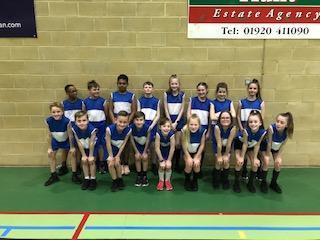 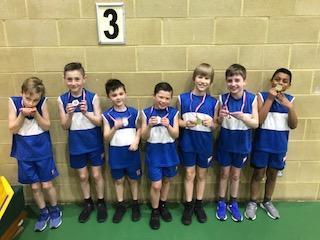 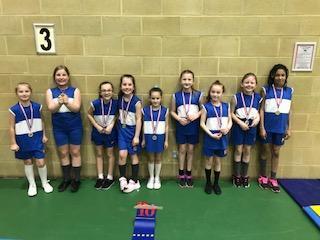 On the 29th January 2020, Forres Primary School took a team of boys and girls to compete in the HDSSA Swimming Gala, hosted at John Warner Sports Centre.

The swimming gala consists of a number of different events, with pupils competing in two heats and the fastest times making the final. Events included freestyle, backstroke, breastroke and relays. The pupils competed brilliantly throughout the gala, qualifying for lots of finals and finishing the competition in 3rd place overall!

Congratulations to all the pupils that represented the school in a fantastic achievement. Many thanks to St. Cross Primary School for organising this event and to John Warner Sports Centre for hosting.

On the 28th January 2020, a team of Y1&2 pupils were selected to participate in the A10 Active Mulit-Sports Festival, hosted at Haileybury Turnford School. The pupils that were selected had an opportunity to engage in a number of different activities throughout the afternoon, showcasing some of the skills they had learnt in their PE lessons and Forres Fighting Fit Club. Some of the skills displayed included; co-ordination, reactions, jumping, throwing, balancing, running, catching and skipping.

The children really enjoyed the festival and we hope to see continued enthusiasm for PE and sport in school. Thank you to A10 Active for organising the event and to Haileybury Turnford School for hosting!

On Tuesday 26th November we were invited to attend the A10 Active Dodgeball Festival at Haileybury Turnford Secondary School. Forres Primary School entered three teams into this festival consisting of 21 pupils.

The festival was organised into two pools of teams with each team playing one game against all the others in their pool, finishing with a one-off playoff game against the team who finished in the same position in the other pool.

Well done to all involved and a big thank you to A10 Active for organising the event and to Haileybury Turnford Secondary School for hosting.

On Wednesday 13th November, Forres Primary School competed in their second football/netball tournament of the year, hosted by John Warner Secondary School. We were able to take two football teams and two netball teams for this tournament with a total of 24 pupils participating.

Both the netball teams won one game each in the group stages of the tournament, but unfortunately neither progressed to the next stage of the competition. Well done to all the netball players for playing in the right spirit and trying their best.

The football 'B' team lost one game and drew the other in their group, which meant they did not qualify for the next round of the competition. The 'A' team fared slightly better by winning their group without losing a single game. Then in the semi-finals they unfortunately lost 2-1 after extra-time, however, they won the 3rd/4th Place Play-Off 3-0 to finish the tournament in 3rd place overall. Well done to all the football players for supporting one another and showing some excellent team play throughout the tournament.

Thank you to John Warner Secondary School for hosting and organising the tournament! 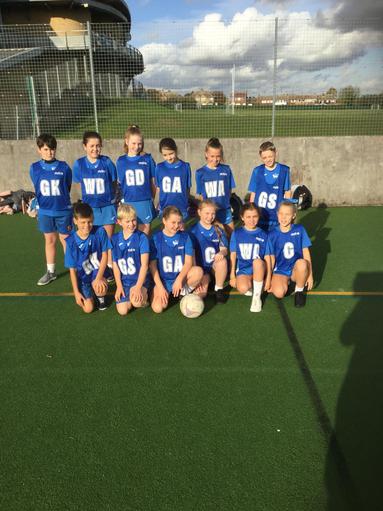 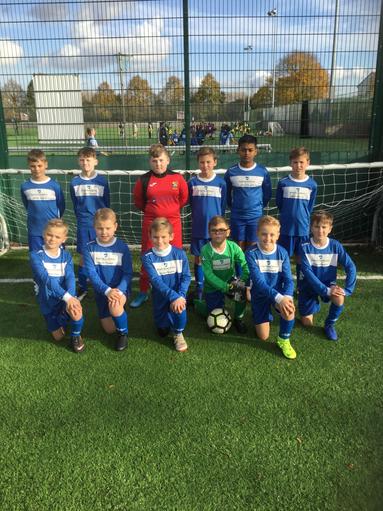 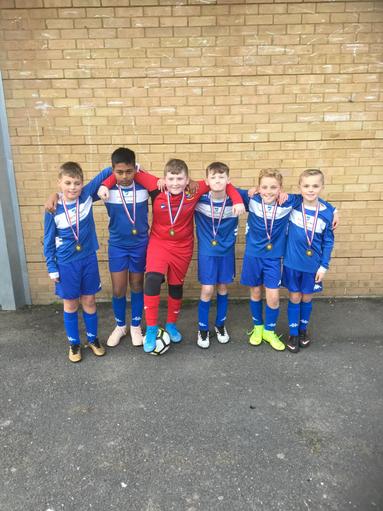 On Tuesday 5th November, we entered two football teams and two netball teams into the Inter-Primary Cup hosted at Haileybury Turnford School. The football 'A' team went through the entire tournament without losing or conceding a goal, but unfortunately a record of three wins and three draws wasn't enough to qualify them for the final. The football 'B' team also performed well, winning one game, drawing four and losing once.

Well done to all the pupils that participated and thank you to A10 Active for organising the tournament and Haileybury Turnford for hosting.

Unfortunately not the ones with chocolate chips.

Some cookies are necessary in order to make this website function correctly. These are set by default and whilst you can block or delete them by changing your browser settings, some functionality such as being able to log in to the website will not work if you do this. The necessary cookies set on this website are as follows:

Cookies that are not necessary to make the website work, but which enable additional functionality, can also be set. By default these cookies are disabled, but you can choose to enable them below: